Rare video format transfer is also available because of our partherships. We can give you the filtered video as DVD format or as MPEG2 file. 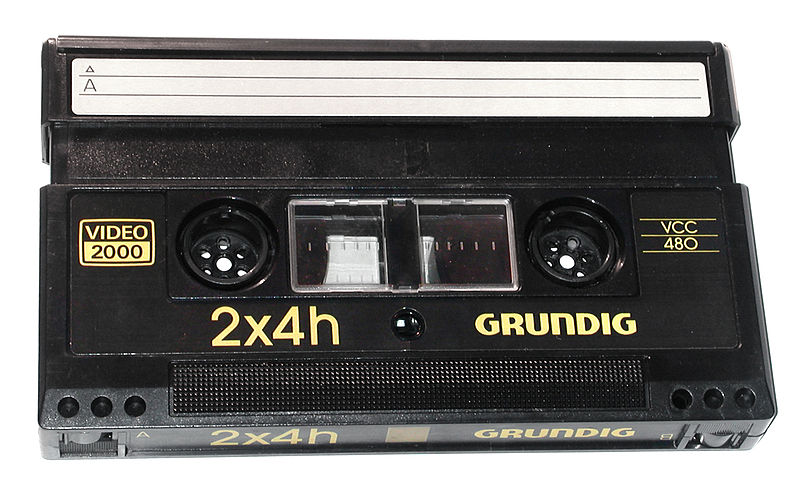 Video2000 is a type of a video cassette (Video Compact Casette) or VCC, which was developed by Grundig and Philips in 1979. The advantage is in the length: an 8-hours video could be recorded onto. It is interesting that it was the bigger version of Compact Cassette (or Music Cassette), but you could also watch movies with it. The tape system used both sides just like the audio cassettes. Video 2000 wasn’t really known in Hungary, but it spread in Asia, in the USA and a few countries of Europe. We don’t know if this format fell victim to the war between Betamax and VHS, but it is sure to be extinct. The complete development was finished in 1988 and the production stopped in 1989. In the history of home movie nights its ancestor was VHS. Video2000’s size was almost the same as VHS. Nowadays it is mostly a museum piece, but few still use it.

The Betamax (often called Beta) is an old home cassette type, which was developed by Sony and issued on May 10th 1975. The width of the tape is 12,7 mm, and the format of the cassette is similar to U-Matic.

Its rival, VHS appeared on September 9th 1976 made by JVC. This format did not use a security tab in contrary to the Betamax, but the recording was based on azimut to prevent image crosstalk. The name “Betamax” comes from two roots. Beta is a Japanese expression meaning the signals used for recording and “MAX” refers to the maximum, the grandiosity of the format.


Sanyo also created a type of Beta, the Betacord, which was also usually called BETA. It is interesting, that Toshiba, Pioneer, Murphy, Aiwa, NEC, Zenith Electronics Corporation and WEGA also started to produce Beta-based video cassette recorders based on the contract with Sony.

The Betamax vs. VHS fight ended with the victory of VHS, although Betamax had better image quality and smaller size. 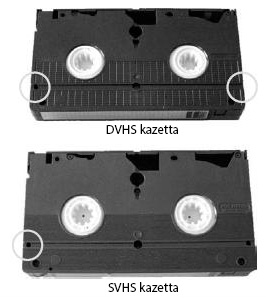 D-VHS is a digital recording format, which was developed by JVC with Hitachi, Matsushita and Philips. It used the same cassette format and mechanics like S-VHS (it only requires a tape of higher quality) and HD and SD (standard defnition) recording was also possible. The data format is MPEG transport stream, which is still used in TV. Its appearance in 1998 overlapped with the spread of DVD format and hard drive camcorders, so it could not gain a foothold. You can recognize a D-VHS cassette, that it has one less hole on the bottom, than a VHS or SVHS cassette (right on the pciture) 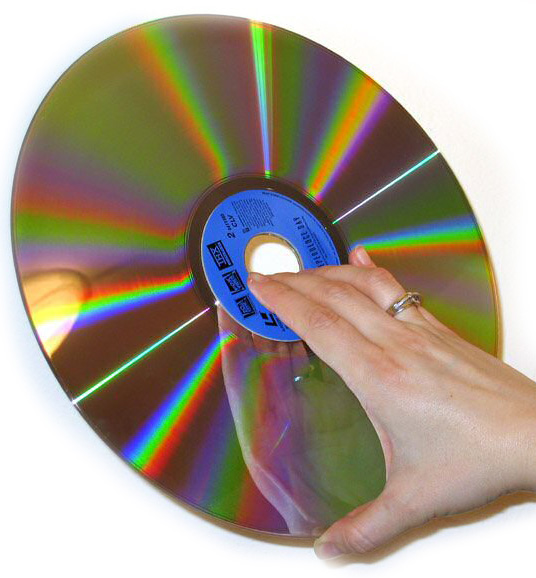 Laserdisc (LD) is a home video format and the first commercial optical disc storage medium initially licensed, sold and marketed. It was introduced on the market as Discovision in 1978. Tha technology had various names (Reflective Optical Videodisc, Laser Videodisc, Laservision, Disco-Vision, DiscoVision, és MCA DiscoVision) until Pioneer Electronics has gained control of the manufacturer`s stock majority and started to sell as LaserDsc from the mid-1980s.

Although the format was capable of offering higher-quality video and audio than its consumer rivals, the VHS and Betamax videocassette systems, LaserDisc never managed to gain widespread use in North America, largely owing to high costs for the players and the video titles themselves. It also remained a largely obscure format in Europe and Australia. However, it was much more popular in Japan and in the more affluent regions of South East Asia, such as Hong Kong, Malaysia and Singapore, being the prevalent rental video medium in Hong Kong during the 1990s.

The technologies and concepts behind LaserDisc are the foundation for later optical disc formats, including Compact Disc, DVD, and Blu-ray Disc.